When life gets difficult, suicide can seem like the only way out. 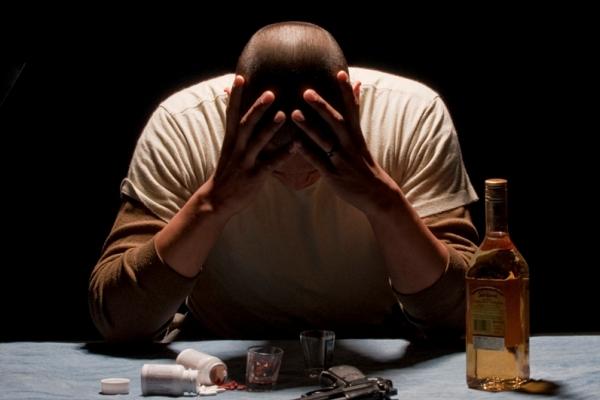 Veteran suicide numbers have gone up in recent years with much of the attention focused on veterans of the wars in Iraq and Afghanistan killing themselves. However, almost seven out of 10 veterans who have committed suicide were over the age of 50, according to a Department of Veterans Affairs study.

Even as the agency collects data to better understand the issue, independent experts acknowledge that finding all the answers won’t be easy.

“Nobody knows anything about [why], but we suspect a combination of factors,” said Dr. Tom Berger, a Navy corpsman in Vietnam and today executive director of the Veterans Health Council at Vietnam Veterans of America. “Certainly we share some of the risk factors with the younger guys,” including post-traumatic stress disorder, high rates of depression and combat.

Older veterans are at an age when the structure they built into their lives starts to loosen up, he said.

“A lot of guys went in, and then they came out and became a workaholic rather than deal with depression and PTSD,” he said. They covered over stresses born of service with work and family, but the stresses remain today and the vets are going into retirement and the family structure dissipates as children go or have gone their own ways.

For Korean War veterans it may even be worse. Many of these veterans would have been in their 40s before the VA – under pressure from Vietnam veterans and politicians – acknowledged PTSD was real and began providing services to veterans.

“The Korean guys don’t talk about their service, and some of them were involved in the bloodiest battles … in brutal, cold weather,” Berger said.

The VA study found that the percentage of older veterans with a history of VA healthcare who committed suicide actually was higher than that of veterans not associated with VA care. Veterans over the age of 50 who had entered the VA healthcare system made up about 78 percent of the total number of veterans who committed suicide – 9 percentage points higher than the general pool.

Notwithstanding the ongoing controversy over VA wait times for care and claims, the higher percentage of suicides in this group of veterans is not necessarily an indictment of the healthcare system, officials said.

Veterans receiving VA healthcare would be at a higher risk of suicide because they have a disability and with it, perhaps, chronic pain and a greater likelihood of depression, according to Dr. Craig Bryan, a clinical psychologist and executive director of the University of Utah’s National Center for Veterans Studies.

Injuries to limbs, migraine headaches or any other condition that carries with it chronic pain all increase a person’s risk of suicide.

“But only if they also have depression … It’s not the event itself, the injury, it’s what you associate with it, how you perceive it limiting your ability and your identity,” said Bryan, who served on active duty at Wilford Hall Medical Center as chief of primary care psychology services.

In 2009, he deployed to Iraq as clinical director of the Traumatic Brain Injury Clinic at Balad Air Base
Like Berger, Bryan says it is not entirely clear why a higher percentage of older veterans is committing suicide. As the veterans community as a whole ages, however, it may be that it is becoming more representative of the general population, in which older people account for a larger percentage of suicides.

In the meantime, he said progress is being made to treat at-risk veterans.

By studying, adapting and modifying some of the treatments developed in the civilian community over the past 20 years, Bryan said he and colleagues have fine-tuned therapies specifically for active-duty personnel and veterans

“We just finished a study last year, and expect results to be published in the next couple of months,” he said.

Those results will show that among study subjects – of which 75 percent had actually attempted suicide – future risk of suicide was reduced by 60 percent, he said.

A key to the work has been recognizing that service members and veterans represent a subgroup within the general population and requires therapies targeted toward their experiences and issues. Just as treatments may factor in race, gender, age, and religion, they also need to factor in the military culture solder and veteran experienced.

For example, in brief, cognitive behavioral therapy, typically lasting 12 sessions, the focus is on teaching the service member skills to manage emotional distress and solve problems, then teach them to reevaluate any negative image.

“In the final stage, we have the patient imagine themselves successfully using the skills to solve future crises,” Bryan said. “The treatment involves skills training more so than ‘talk therapy,’ as the goal is to enable patients to learn how to live a life that’s worth living.”

For those with PTSD, one of the most effective psychotherapies is called prolonged exposure. Prolonged exposure helps the veteran confront the memories of trauma and the locations and situations that make them uncomfortable, he said. In that way they re-learn how to manage the fears and anxieties so they can move forward regardless of the memories.

“The good news is that … there are certain treatments that work, and it doesn’t matter if you have a chronic vulnerability [for risk], the treatments still work effectively,” he said.

— Bryant Jordan can be reached at bryant.jordan@monster.com